William Byatt is running for the position of State Committeeman at the DEC Organizational Meeting on December 7, 2020. 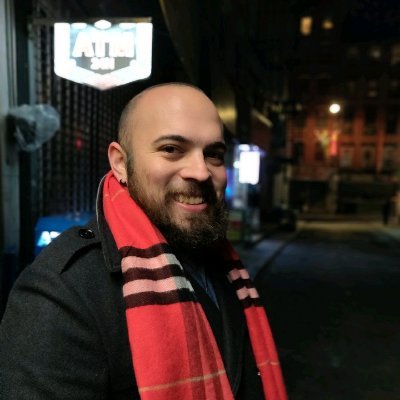 After activating into politics during the 2016 election cycle, William has been a relentless voice for progressive issues in the community and grassroots-oriented reforms within the Democratic Party. He has served on the Boards of the People's Progressive Caucus of Miami-Dade as well as the Miami-Dade Young Democrats. In 2017 he became Treasurer of the Miami-Dade Democratic Party, and his dearest policy dream is to create a public bank in Florida. He currently represent Florida in the Young Democrats of America National Committee.

When I joined the Miami-Dade DEC four years ago, I joined with a singular goal: to work shoulder-to-shoulder with activists trying to create a Party that is accountable first and foremost to our communities. While that is an ever-evolving task, I am proud of the gains that we have made locally toward that end. We have dramatically changed the relationship between the DEC and the donors and consultants. We have consistently elevated activists and volunteers, and this year we ran a coordinated campaign that hired at all levels from frontline communities who live in the neighborhoods where we ask them to work. We did this work—and will continue to do this work—by challenging power where necessary and working together where possible.

If you elect me as your State Committeeman, I'll be walking into that body with existing relationships and allies and a proven capacity to get business done. Even without a formal seat on the body, I was part of the efforts to pass an FDP ban on taking private prison money and broader campaign finance transparency rules. I have whipped votes, negotiated with opposition, and achieved results.

This is the spirit I will bring to FDP as your State Committeeman. I will collaborate with anyone willing to collaborate, and fight whomever I have to fight. I will work to ensure that FDP starts taking investment in our base communities seriously, that the organization takes leadership on living our Democratic values, and that Spanish- and Creole-language outreach is a first-order priority. And I will make damn sure that anyone who would oppose that effort knows that we, the Democrats of Miami-Dade County, will not tolerate it.