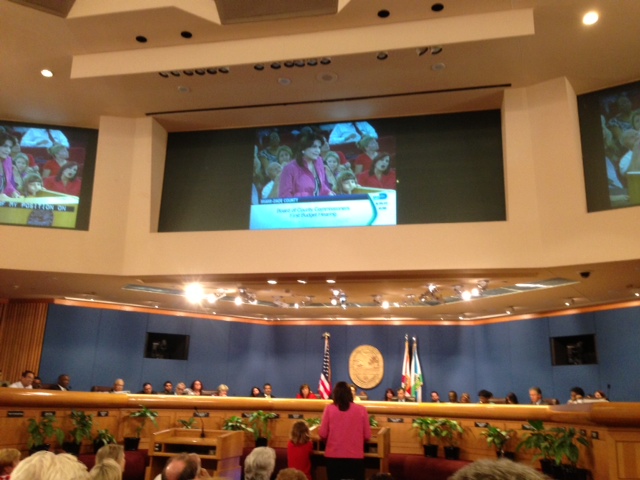 Six hours of public comment and two hours of deliberation later, the commissioners ultimately reached a compromise to fully fund libraries this year by tapping into emergency reserves.

The Mayor's budget would have laid off more than a third of all library staff and a fourth of operating hours. Using the full reserves means the county has one more year to maintain all current services and operating hours.

We salute and thank all those who fought on behalf of our libraries, and especially everyone who came out to lend their voices at the meeting. And we know the fight doesn't end here: we must continue to push the county to support full, sustainable funding for our libraries, and we will support the libraries and those who advocate for them in months to come.