I feel about Joe Kennedy the same way I did about Barack Obama in 2007. He reflects the best in America and he continues the Kennedy legacy of fighting for every American, not just the few. He believes "that every person deserves to make the most out of their talent and hard work, that our country is actually strongest when everybody gets that shot and that government has a role to play in creating that framework to allow everybody to succeed."

His speech at the Democratic National Convention commemorating Ted Kennedy's passing brought many to tears and was regarded as one of the best at last year's convention.

Congressman Kennedy is a rising star with limitless potential who truly embodies the values of the Democratic Party. We are so excited to welcome him to Miami to keynote our first-ever Blue Gala.

And not only will we hear from Joe, but we will also hear from Ed Schultz who will be honored with the Progressive Voice Award. No one could be more deserving — as a true progressive, Ed fights for the working and middle class every single day on MSNBC's "The Ed Show".

Both of these progressive champions understand the importance Miami-Dade plays in defeating Rick Scott. We will turn Florida blue from the bottom-up, literally. So, get ready for Miami's political event of the year and join us at the Biltmore on November 17th. 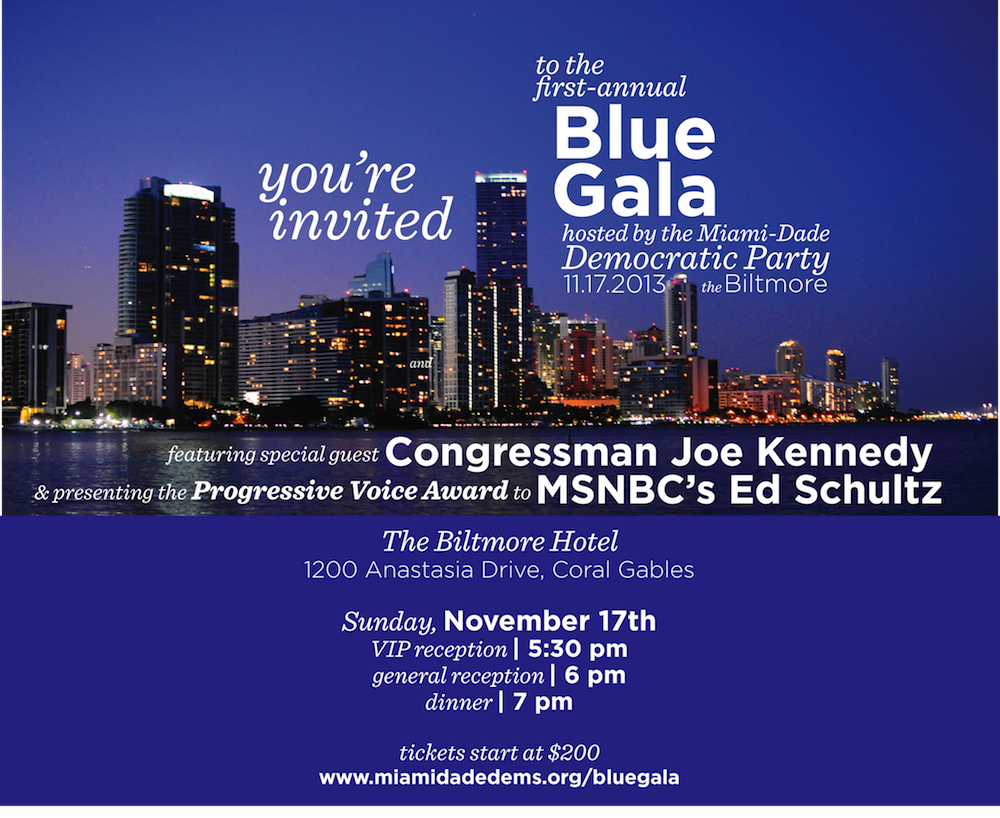