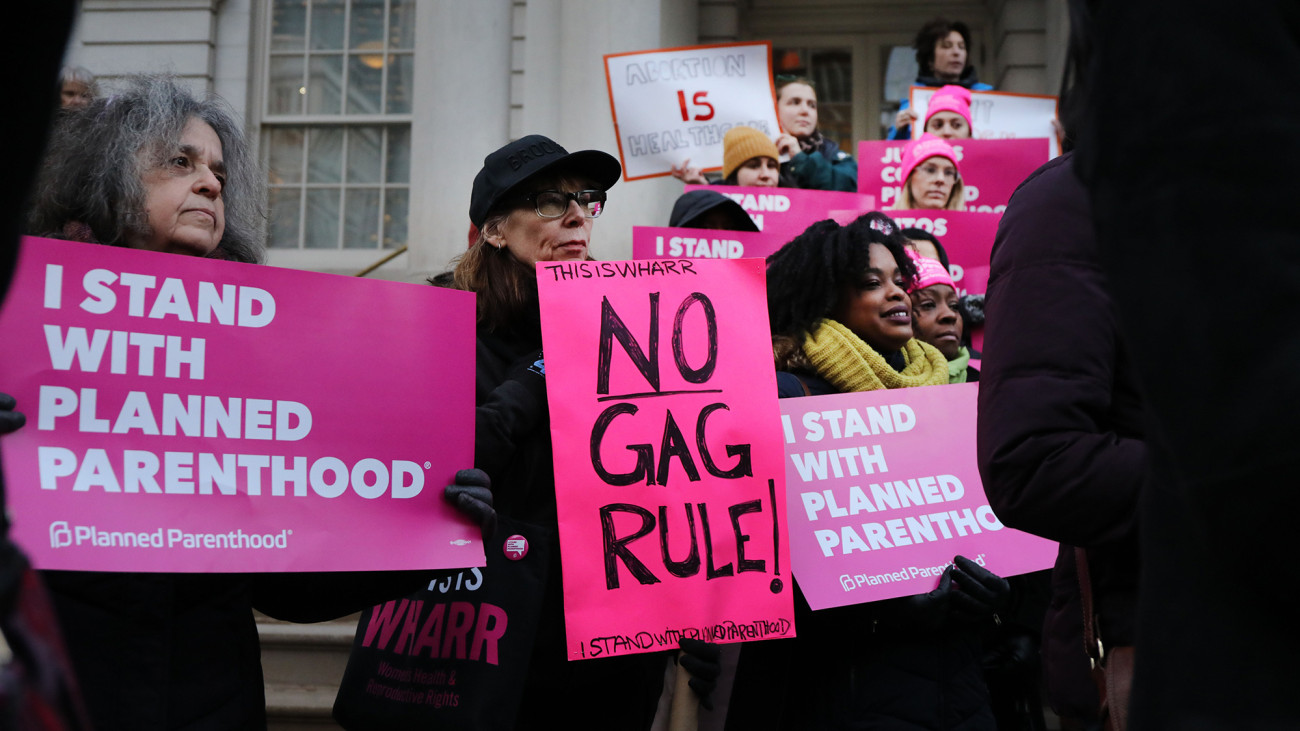 In 1984, the Republican Party imposed what became known as the global “gag rule”, prohibiting federal funds to support health organizations that discussed family planning, the use of contraceptives, or access to abortion.  It has since been overturned by every Democratic president, and reinstituted under every Republican administration.  Extensive research on these thirty years has been clear: when funding is reduced for health-focused organizations that so much as discuss family planning, there is the unintended consequence of an increase in abortions due to more unplanned pregnancies.

Despite its repeated failure, the Trump administration has brought the global gag rule home.  In a move likely to be ruled unconstitutional by the courts, President Trump has prohibited federal funds to support any US health provider who even discusses family planning as part of their services.

Rather than accept this gag order, Planned Parenthood, the largest provider of women’s health in the United States and only 3% of whose services involve abortion, has announced they will withdraw from their Title X funds.  Title X is a fifty-year-old program that provides funds to help low income people receive comprehensive family planning and contraceptive care.  According to research by the Guttmacher Institute, by preventing unintended pregnancies it has, unlike the gag rule, reduced the number of abortions.

“The Miami-Dade Democratic Party stands firmly for the equal rights of women in all domains of society and supports the largest provider of women’s health in our country, Planned Parenthood, for the crucial services they provide,” said Miami-Dade Democratic Party Chair Steve Simeonidis. “Republican leaders have shown their true colors. In reinstituting a rule that will actually increase the number of abortions while curtailing the basic rights of women, they show that they would rather play politics with women’s health and pander to their far-right base than actually reduce the number of abortions.”

For generations, the Democratic Party has stood up for equal rights of all Americans regardless of age, race, sexual orientation, ability status, gender, or sex.  On this basis we believe that it should be between a woman and her doctor to make crucial decisions about her health, and never the government’s role.