Miami! If you missed the live debate, you can still watch the one hour video on Facebook. Don't miss this chance to see the 5 Democrat candidates for Governor in their final debate prior to the election.

On Thursday, August 2, the Florida Press Association and WPBF 25 News will be hosting a Democratic gubernatorial debate. All five candidates will be attending, and this will mark the fifth and final time that they will debate before the August 28 primary. The debate will be carried live in every television market across the state and live online at  wpbf.com

"Our candidates have done an amazing job laying out their plans to fix the mess Governor Scott is leaving behind," said FDP Chair Terrie Rizzo. "While Democrats have debated five times and focused on policies and ideas that will help everyday Floridians, Republicans have debated only once, on Fox news, and focused on how they would help one person: President Trump. The contrast between Democrats and Republicans has never been more clear, and we are confident that come November, voters will see that." 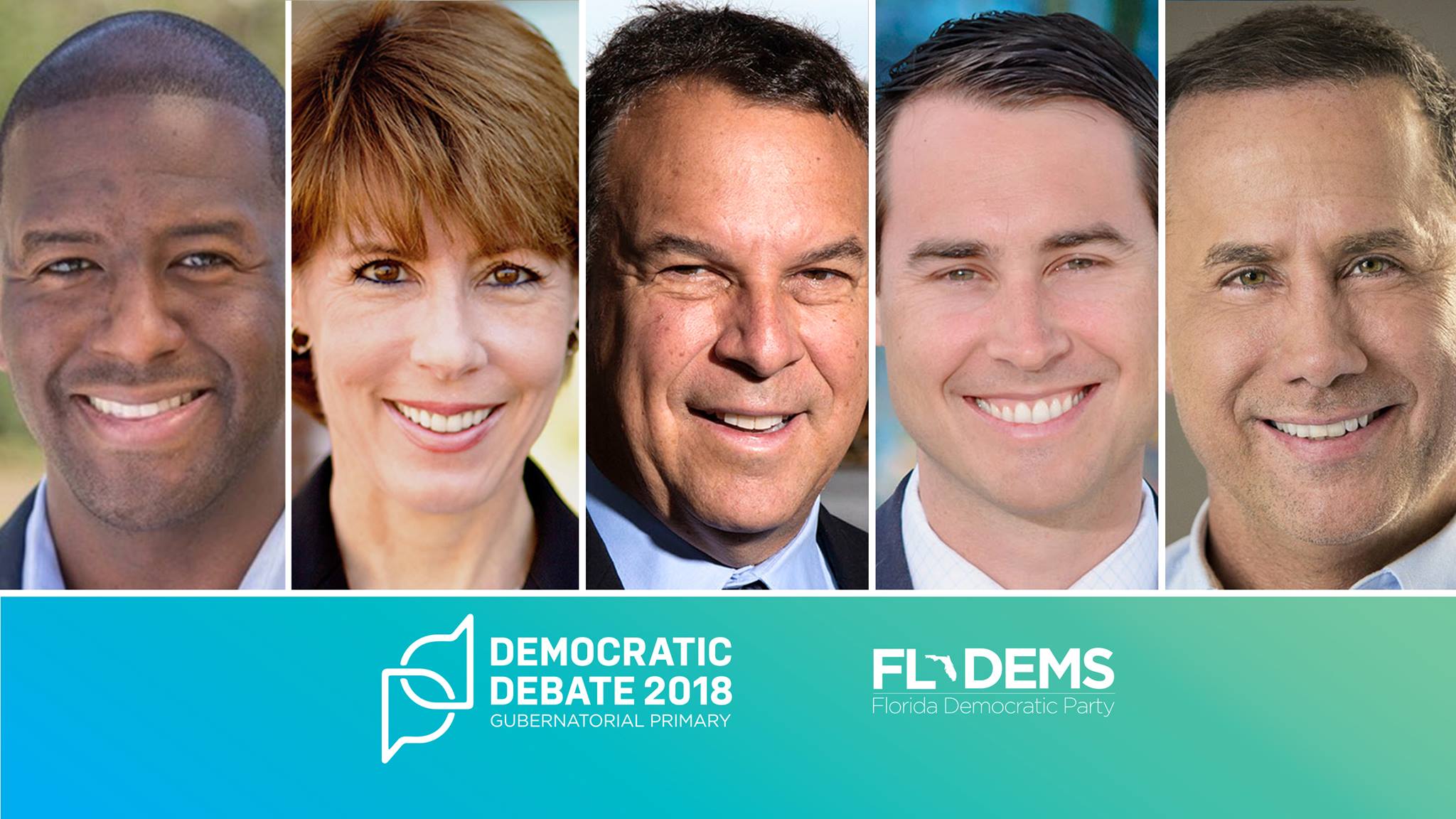 or watch the live stream at wpbf.com

P.S. For those who may have missed the July 18 SW FL Gubernatorial Debate in Ft. Myers, you can view it online at: http://www.winknews.com/2018/07/18/democratic-candidates-vying-for-florida-governor-seat-to-debate/