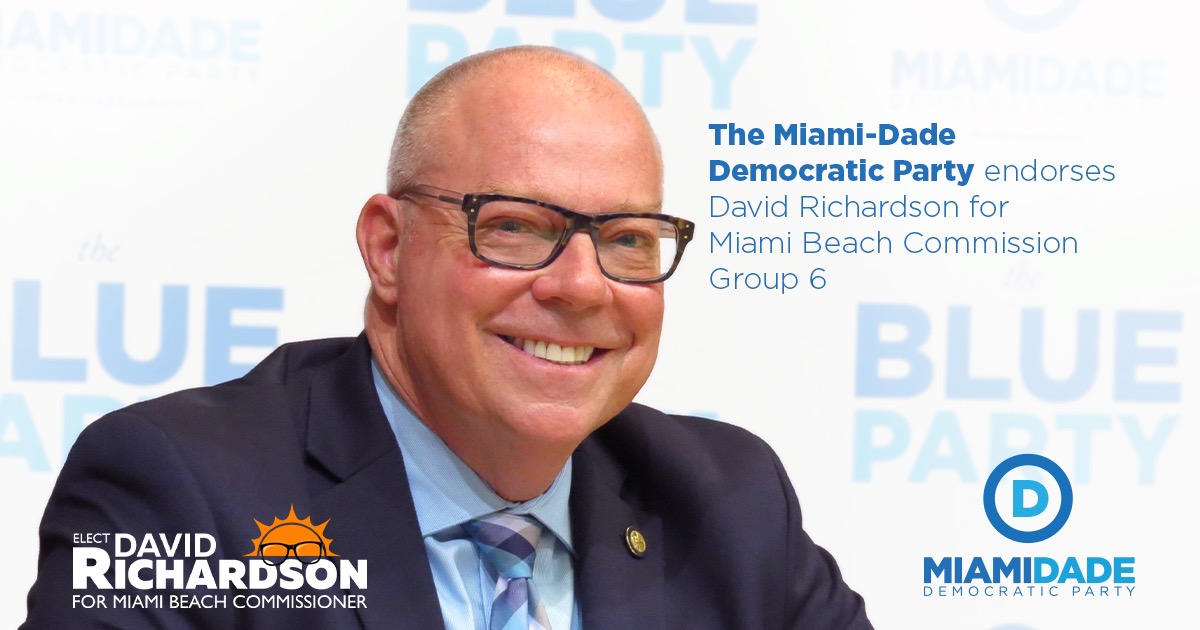 David Richardson is a former three-term member of the Florida House of Representatives, Congressional candidate, certified public accountant, and Pentagon auditor. He brings distinct expertise in areas of budgeting and financial oversight, and earned bi-partisan respect during his time as a legislator in Tallahassee for his willingness to work across the aisle. As a member of the Florida House of Representatives , Richardson earned national recognition for inspecting nearly 100 Florida prisons and advocating for improved conditions for inmates, especially for juveniles. He raised more than $2 million as a Congressional candidate, much of it grassroots, and came in a close second to now-Congresswoman Donna Shalala in the Democratic Primary last year.

“David Richardson has represented the people of Miami-Beach for the better part of a decade and continues to embody the type of leadership we need”, said Miami-Dade Democratic Party Chair Steve Simeonidis. “I’m looking forward to continuing to work with David to ensure that the City of Miami Beach has an open and transparent government and makes smart investments in fighting sea level rise.”

The endorsement process for the City of Miami Beach, Group 6 originated with an invitation to all registered Democrats in both races to send materials for consideration. The materials submitted highlighted the candidates’ personal backgrounds, experience, and their views on key issues of concern to Democratic Party members, including affordable housing, public transit, and a living wage. A panel of Democratic Party leaders, facilitated by Executive Director Aaron Bos-Lun, then interviewed all candidates, and referred their recommendations to the Democratic Party Steering Committee. These recommendations were in turn approved and referred to the larger Democratic Executive Committee, which voted to support Mr. Richardson.