Senator Anitere Flores, the Senator now most-associated with the dangerous conditions at the Turkey Point Power Plant once described the relationship between the legislature and state utilities regulators as a "love fest". As citizen concerns over hyper-salinated water mount, Flores' current actions are being called into question as too little too late

We want to congratulate the winners of the May 7 Delegate elections!

If you would still like to be a delegate, you can still apply to be an At-Large, PLEO or Alternate. Click here to download the 2016 PLEO, At-Large and Alternate Delegate Filing Form. The deadline is Monday, May 9 at Noon.

Miami, Fl - The Miami-Dade Democratic Party announced today that Artie Leichner has joined the Party Leadership as a Senior Policy Advisor. Artie’s primary focus will be advising Democratic legislative candidates in South and West Miami-Dade. He will use social and traditional media to enhance the name recognition of candidates and advise them on messaging.

A former teacher, First Vice President of the United Teachers of Dade and Treasurer of The South Florida AFL/CIO, who currently serves as President of the nascent “Deep South Democratic Club,” Artie brings a wealth of experience and strong communication skills. In taking on this important role, Artie has also decided to suspend his State House campaign.

Juan Cuba, Executive Director of the Miami-Dade Democrats said “Artie will be a great asset to our leadership team. He brings a unique experience and skill set that will help us win in November.”

It's Election Day! Polls are open from 7am to 7pm. Make sure your friends and family go vote! Check your polling location: http://pollingplaces.democrats.org/ 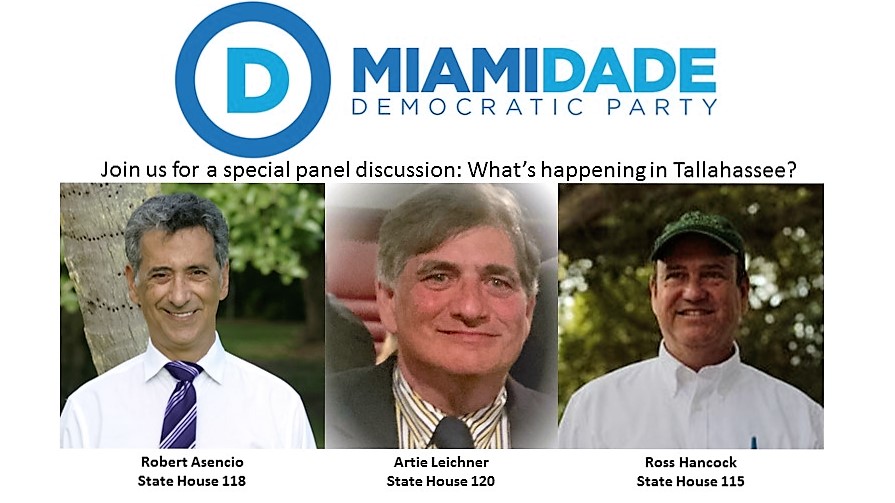