Thank you to our elected Democratic leaders, fighting for families in Miami-Dade

Florida’s legislative session has wrapped up and Republicans demonstrated what happens when they have control of the House, Senate and the Governorship. Elections have consequences. I invite you to stay informed. Please read our recap, organize your neighbors, and let’s prepare for 2020. And don't forget to thank your Democratic state legislators for working to defeat or improve Republican proposals every step of the way. 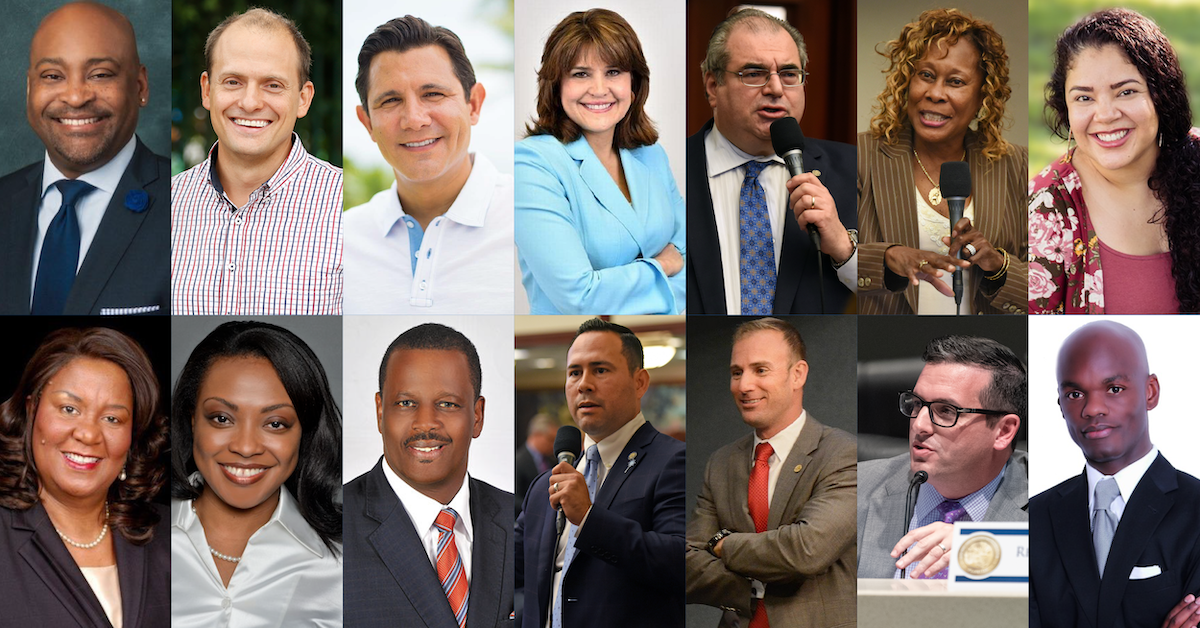 First and foremost, under the direction of current Miami-Dade Mayor, local law enforcement continues to detain undocumented immigrants so they can be handed off to federal authorities. This could have changed under a new Mayor, but Florida Republicans were intent on preventing this with SB (Senate Bill) 168. Democrat legislators tried to include provisions that would protect people driving in school zones, or committing minor infractions, such as driving with a broken taillight, but many of these provisions were blocked by Republicans. Democrats tried to protect those seeking asylum and TPS holders, but those amendments were rejected by Republican legislators. Republicans at all levels of government have made it clear that immigrants are not welcome, and this includes many of our neighbors seeking asylum from places like Venezuela and Nicaragua.

Democrats tried to present common-sense gun regulation, but were rejected at every turn. The NRA clearly has its claws in the Florida Republican Party. Democrats introduced SB1206 which would have prohibited those convicted of misdemeanor domestic violence from possessing a firearm or ammunition. Democratic Senator Jason Pizzo also pushed for a policy that would drive parents to be more responsible for their children posting pictures of guns on social media, but again, was blocked. Lastly, Republicans had their way and were infamously able to approve the arming of teachers in school districts that choose to allow this. Fortunately, Miami-Dade County School Board superintendent, Alberto Carvalho, has already opted Miami-Dade out of this outrageous and irresponsible policy, ensuring we won’t have more guns in our local schools.

Our democracy is also under attack with SB7066, that will require former felons to pay their outstanding financial debts before they can regain the right to vote. This not only accounts to a poll tax, but is completely counter to the will of voters who approved referendum of over one million individuals who have paid their debts to society and have earned the right to re-engage in our democratic process. These voter suppression measures demonstrate that Republicans fear losing power in Florida. Republicans also passed measures that would make it more difficult to conduct petition drives to get key amendments on future ballots.

We are pleased to see that schools and colleges are now required to address allegations of anti-Semitism in the same way they address racism. This is a positive step. What we did not see was any protection for our LGBTQ community.  Democrats pushed for the passage of SB430, which would have legislated that sexual orientation and gender identity impermissible grounds for discrimination. However, it could not even make it out of the Republican-led committee for Governmental Oversight and Accountability.

We encourage our readers to check out this legislative recap from the Tampa Bay Times, which does a great job at breaking down the bills introduced during the last Florida legislative session. We also want to call out the inaction by the Republican-led legislature when it comes to our natural environment. Read the overview from Dustin Thaler, President of our local environmental caucus. South Florida must invest more to combat climate change.

Want to focus on next steps? We need to begin working now so that we can flip a number of key state house and senate seats in 2020. Please join us!