Tomorrow, the Miami-Dade County Board of Commissioners will meet to consider whether the county will re-draw its voting precinct lines in 2014, a process each Florida county typically follows after each census and one that has been put off in Miami-Dade for four years. Failure to re-precinct is viewed as one of the driving factors behind marathon voting wait times in 2012 — over seven hours in some precincts — which were some of the longest anywhere in the country and cast national media attention on voting problems in Miami-Dade.

"After his initial announcement, we pressured the Mayor to reconsider his earlier decision to delay re-precincting for yet another year," said Miami-Dade Democratic Party Chair Annette Taddeo-Goldstein. "Since then we have been very impressed by the county's willingness to re-evaluate whether that was the best course of action. We had a productive meeting with the elections office earlier this month, and we feel that county leadership is committed to taking necessary steps to reduce voting wait times in as many precincts as possible before the November election."

"We want to ensure that the county follows the standard set by the bipartisan Presidential Commission on Election Administration — that no voter should wait more than 30 minutes to cast his or her ballot," she added. "This is what we should strive for and nothing less."

A review of 2012 elections data conducted by the Miami-Dade Democratic Party found that in precincts where the last voter cast their ballot by 8 pm, turnout averaged 69%, whereas in precincts where the last voter voted after midnight turnout was only 60%. If voters in all precincts had been able to vote by 8 pm, nearly 26,000 more ballots would have been cast, our review shows. Click here for more facts and figures.

Full facts & figures after the flip. 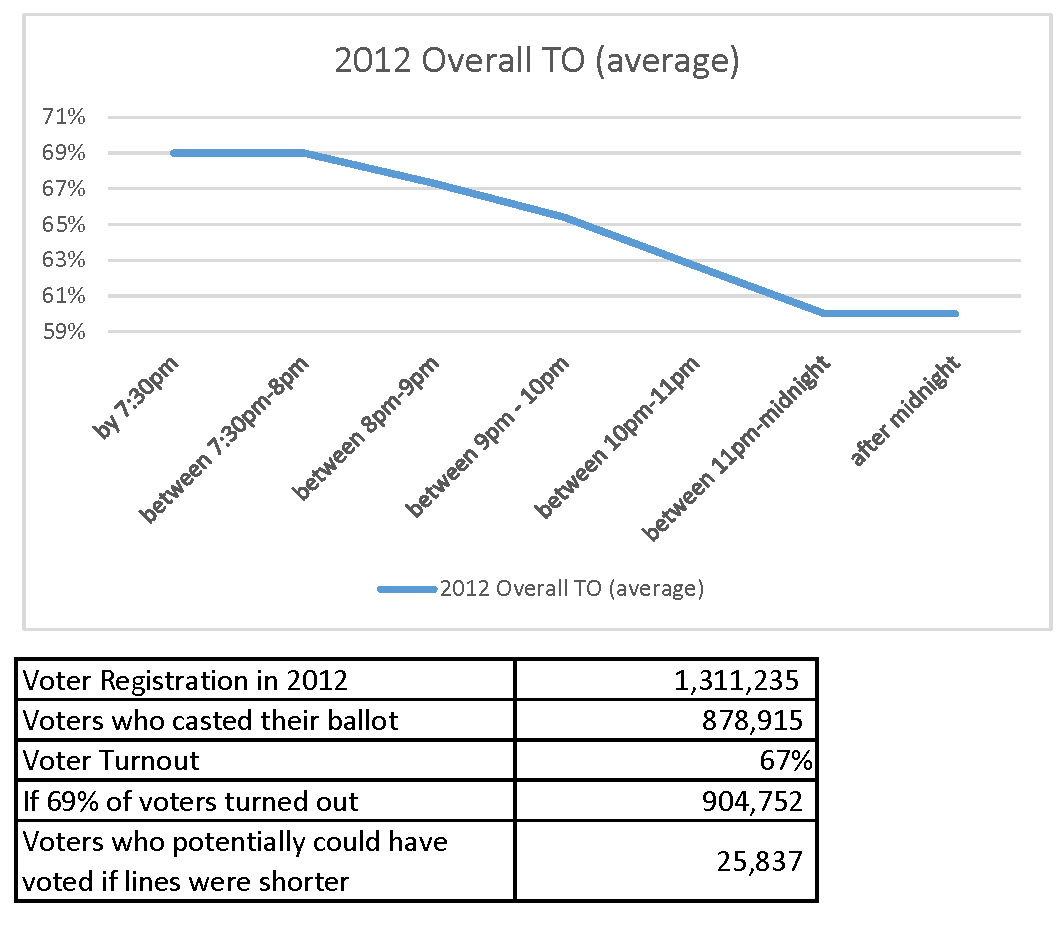 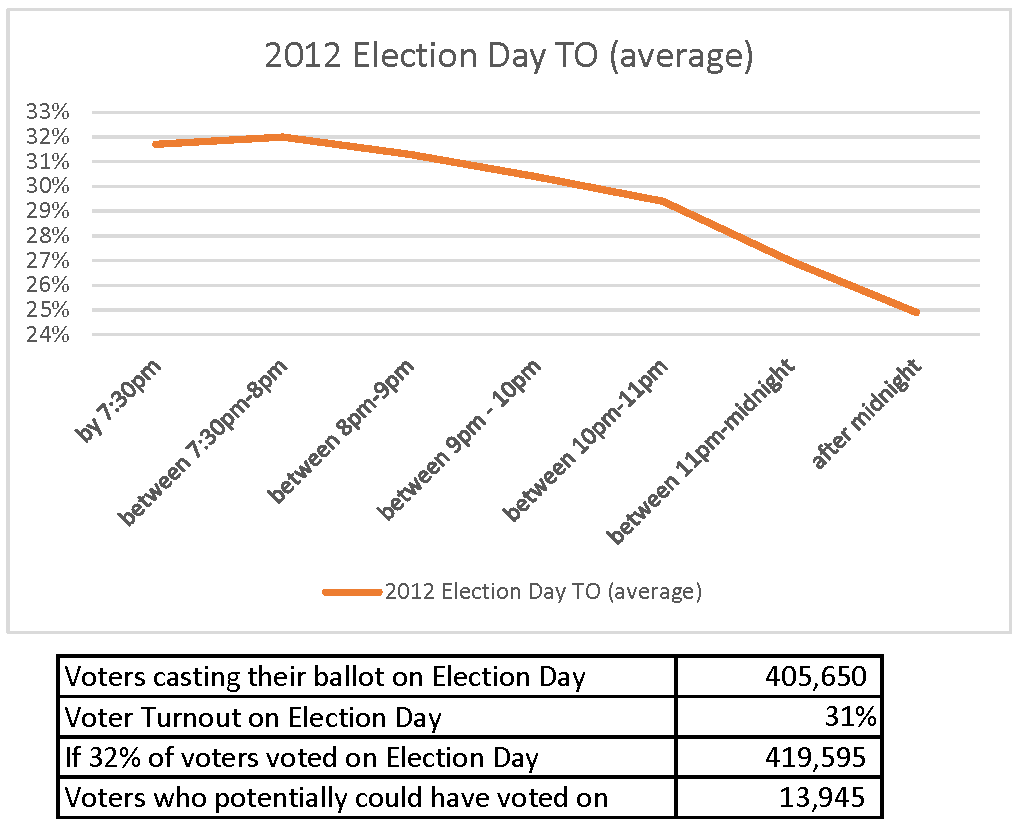