Stop our County from caving to Trump's anti-immigrant executive order

We need your help TODAY and TOMORROW to stop our County from capitulating to Donald Trump on his anti-immigrant executive order.

Commissioner Sally Heyman is proposing a resolution tomorrow that she admits violates the U.S. Constitution (see video) and it's exactly what Trump wants. Her resolution would give Mayor Gimenez full license to continue detaining undocumented immigrants at ICE's request. Waiting for a controlling court decision to strike this resolution down as illegal is a lose/lose. In 2012, the last year a similar policy was in place, over 60% of those detained were for non-felonies. Under Trump, we should expect these numbers to be sky-high as he lays the groundwork to fulfill his campaign promise of deporting 11+ million undocumented immigrants. 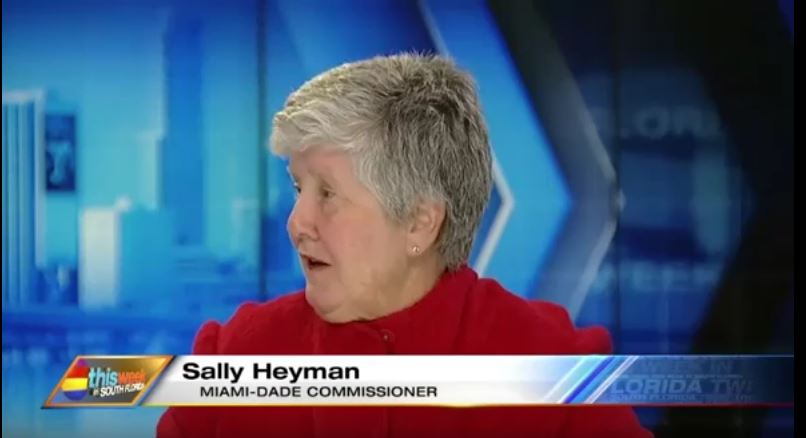 **TODAY**
Call Sally Heyman's office and ask her to withdraw this resolution that she knows is unconstitutional. Call her at 305-375-5128 or email her at district4@miamidade.gov

**TOMORROW**
Come to the downtown Government Center (111 NW 1 street) tomorrow, Friday 2/17. The Commission meeting starts at 10am but we recommend getting there around 8:30am. They will take public comment first. Be ready to stay for a long meeting.

Forward this email to your friends

When Trump came for the most vulnerable, and asked us to reject the fabric of who we are as a community, asked us to reject our long history of being a sanctuary to immigrants, asked us to turn our backs on friends, neighbors, and co-workers who fled persecution and economic hardship in search of a better future. When that time came YOU stood up and fought back.

With over 600K registered Democrats in Miami-Dade, we represent the largest number of Democrats of any county in the state of Florida. We want to work with all Democrats to organize and effect change around the issues that will improve lives of those in our community. We invite you to sign up for email updates, and join us at county and local club meetings to learn how to get more involved.