58% of Miami-Dade voters won't be able to vote?

Five excellent candidates running for Governor of Florida from the Democratic Party. Andrew Gillum, Gwen Graham, Jeff Greene, Chris King, and Philip Levine. But yet 31% of Miami-Dade voters are registered without a party affiliation, and 27% are either registered Republican or with a 3rd party. Don't miss a chance to participate in this historic election where we can change the leadership of Florida. 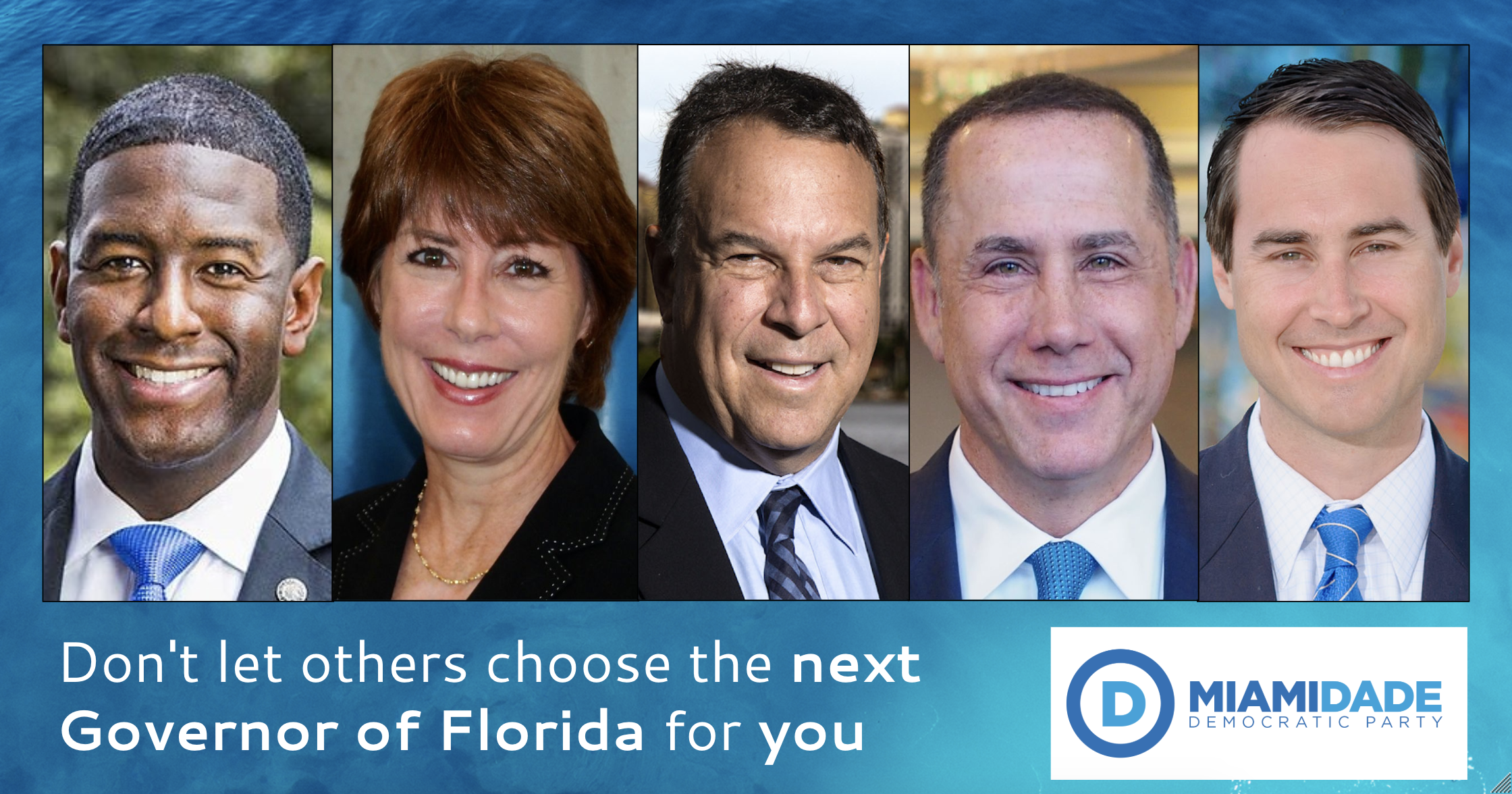 Visit the Miami-Dade Elections website and check your voter status

Special note: Of Miami-Dade's Hispanic community, only 31% are currently registered Democrat. There is no better year to revisit your party affiliation, as the stances on immigration, gun safety, education, health care, our environment, are becoming more and more polarized.

If you are concerned about the potential impact of a supreme court that is set on reversing Roe v. Wade, you should read this about the Republican challengers...

“Putnam, DeSantis vow to sign abortion-ban law if elected” via Alexandra Glorioso of POLITICO Florida — Putnam and DeSantis both pledged at their first debate to sign legislation to ban abortions “after a fetal heartbeat is detected.” Such a law would be viewed as a direct challenge to the federal landmark abortion-rights case Roe v. Wade. “Yes, I’ve said I would sign the heartbeat bill,” Putnam said when asked about whether “the next Supreme Court justice should vote to overturn Roe v. Wade.” “Yes, we need a constitutionalist on the bench; someone who is not going to try and make law from the bench, but, someone who will abide by our constitution and protect and defend life.” … “I will always pursue a pro-life agenda here in Florida as Florida’s next governor,” Putnam said.