Where to watch the Presidential Primary Debate on Thursday, September 12 in Miami

We are down to ten candidates who qualified for the next Democratic Presidential Primary debate to be broadcast live from Houston. Televised on ABC and Univision (with Spanish translation), we invite voters to join us at select venues in Miami-Dade. 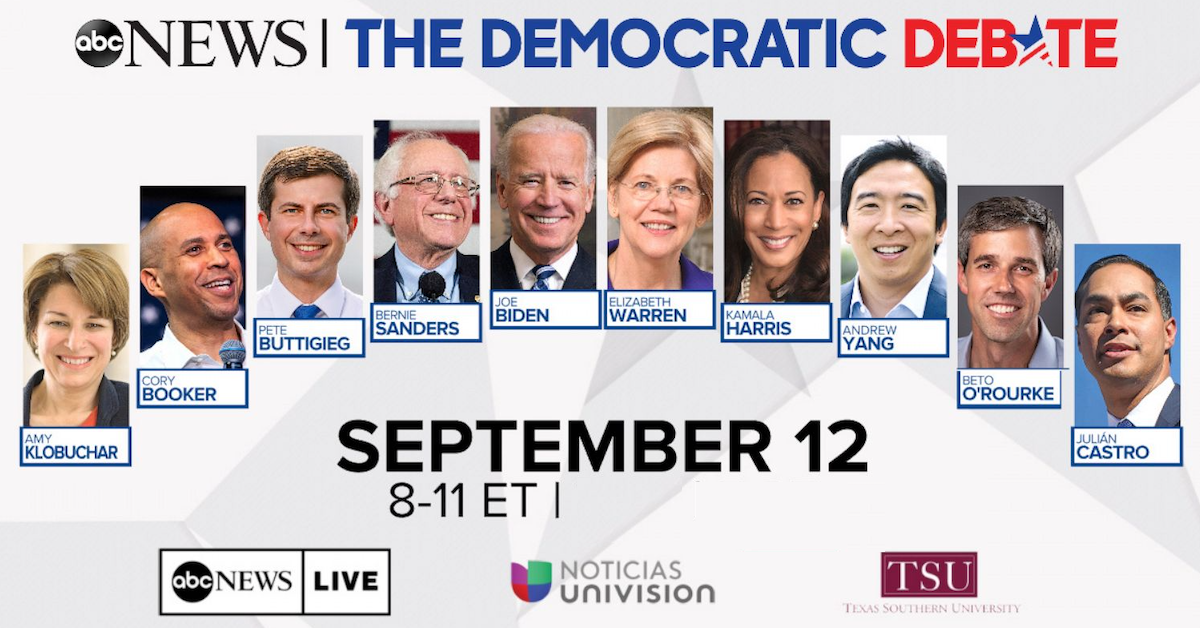 Are you aware of other watch parties taking place? Email [email protected] with details.

If you want to get more involved with helping us turn Florida blue, consider attending our Blue Gala fundraiser on Saturday 11/2. More info at www.miamibluegala.com. Discounted tickets available through 9/15.

Who will be participating in the debates?