The following letter has been shared with DNC Chair Tom Perez and we encourage Democrats in Miami-Dade interested in bringing the candidates to South Florida to share this with their friends.

I write to request that the Democratic National Committee select Miami-Dade County to host the first Democratic primary debate for the 2020 presidential election. Florida is the largest swing state in the nation and Miami-Dade is home to more than 600,000 Democrats and 450,000 voters without party affiliation. Both of those totals lead the state. Considering that the oval office occupant has won Florida in each presidential election for the last quarter century, it is clear that Miami-Dade is the most important county in the most important state when it comes to national elections. 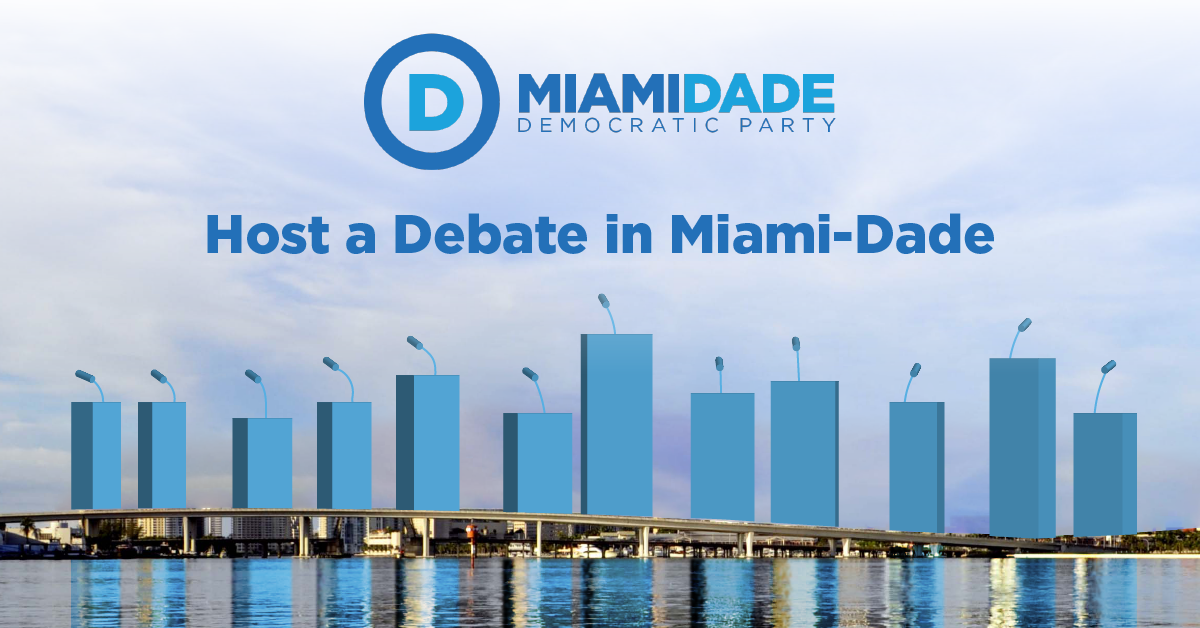 Notwithstanding our sizable Democratic-voter base, Miami-Dade is greater than the sum of its votes. We are a kaleidoscope of cultures, a patchwork of identities and a shining example of what the big tent party should represent. Miami-Dade is also ground zero for many issues that dominate the political conversation: more Venezuelans call our county home than any other; we have one of the highest uninsured rates in the nation; we are plagued by both affordable housing and gun violence crises; and the survival of our county depends on bold action on climate change.

Miami-Dade is also home to one of the fastest growing demographics in the nation. There will be more than 30 million Hispanic voters in 2020. We need to ensure their issues are at the forefront of our party’s priorities. A great way to begin an early and aggressive outreach campaign to Hispanic voters would be to host the first Democratic primary debate in the Gateway to Latin America and the Caribbean – Miami-Dade County.

I hope to see you this summer.