As part of the 2020 elections, we are proud to announce the wins by four passionate community advocates who are determined to bring sound policy to Miami-Dade's government, improving the lives of our residents. Oliver Gilbert (District 1), Keon Hardmon (District 3), Eileen Higgins (District 5), and Kionne McGhee (District 9) 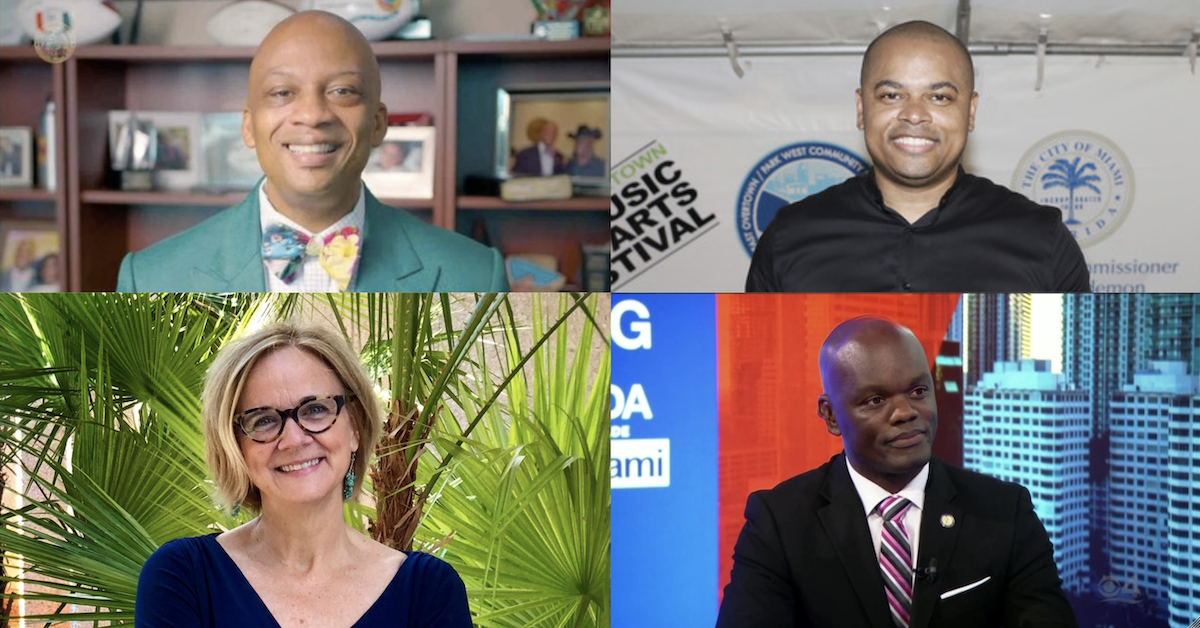 Mayor Oliver Gilbert is a graduate of Florida A&M University and the University of Miami School of Law. He began his career in government and politics serving as the Legislative Aide for State Representative Dorothy Bendross-Mindingall, and then serving as the Deputy of Policy for Florida State Gubernatorial Candidate Janet Reno. Upon completion of the gubernatorial race, Oliver was appointed Assistant State Attorney in the Broward County State Attorney’s Office, before returning to serve in his beloved hometown after it was incorporated as the City of Miami Gardens in 2003. In 2008, Oliver was appointed to the Miami Gardens City Council. He served in this capacity until 2012 when he was elected as the second Mayor of Miami Gardens. Additionally, he is the Immediate Past President and Member of the Executive Board of the African American Mayors Association, a Board Member of the National League of Cities, Advisory Board Member of the United States Conference of Mayors, Executive Committee Member of the Miami-Dade County League of Cities, Chairman of the Miami-Dade County Transportation Planning Organization, Chairman of the Southeast Florida Transportation Council and a BMe Community Leader.

Miami Commissioner Keon Hardemon was raised in Liberty City neighborhood. As a product of the Miami-Dade County Public Schools System, he graduated Miami Northwestern Senior High School. Keon graduated from Florida Agricultural and Mechanical University (FAMU) with a Masters in Business Administration, while also serving as the Student Government Association’s Senate President. He returned home to Miami-Dade County to work for Pfizer, and then went on to University Of Miami School Of Law (UM). After getting his law degree, he served as Assistant Public Defender at the Law Offices of the Public Defender Carlos Martinez where he represented hundreds of clients from the Miami-Dade County Community. He has represented Miami's District 5 on the City Council since 2013.

Commissioner Eileen Higgins is a graduate of University of New Mexico, with a Masters of Business Administration from Cornell University. As a small business advocate, she became an activist in Miami as founder and president of the Downtown Democrats. She first was elected as Commissioner in a special election in 2018. During her first years, she sponsored important legislation for rent relief during the pandemic. She spearheaded plans for affordable housing and helped drive the expediting of permits for such developments. She has created an alliance in East Little Havana to preserve the neighborhood and convened residents of downtown via summit to image the future for their neighborhood. An environmental champion, Eileen will be supportive of bold action to protect the eminent threat climate change presents to her district.

Representative Kionne McGhee was born in Miami and attended Howard University, where he graduated with a degree in political science in 2000, and the Thurgood Marshall School of Law of Texas Southern University, where he received a Juris doctor. After graduating, McGhee wrote "A Mere I Can is American," his memoir, and started working as an assistant state attorney in Miami-Dade County. McGhee has served as Florida State House Representative for district 117 since 2012.

Please join us in congratulating these community leaders and let's be sure to follow their progress over the next four years.