Blue Forum & Fair Postponed Due to Concerns Over Coronavirus

Event Was To Take Place on Sunday, March 15 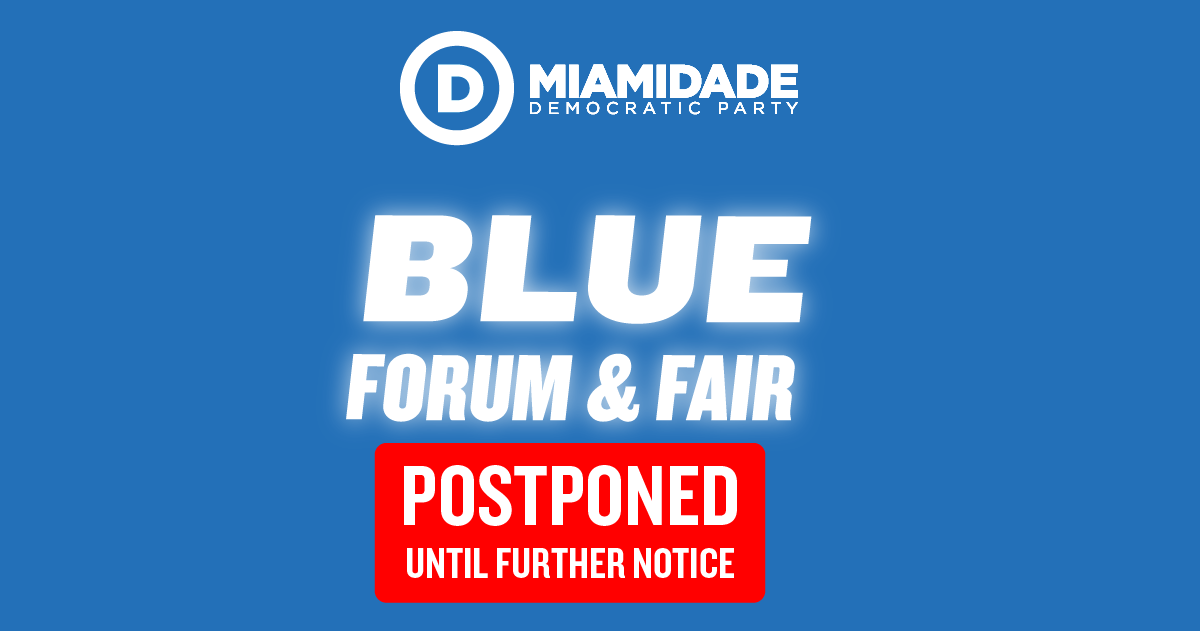 MIAMI FL: The Miami-Dade Democratic Party has indefinitely postponed the planned Blue Forum & Fair over concerns about the spread of coronavirus in large groups. The Blue Forum & Fair was scheduled to take place on Sunday, March 15 at the Firefighters Memorial Building, in Doral, Florida, and had been expected to draw hundreds of Democrats from across Miami-Dade County.

“New cases are being reported every day in Florida,” stated Steve Simeonidis, chair of the Miami-Dade Democratic Party. “It is very likely that the reported cases are a severe undercount, and so out of an abundance of caution, we have decided to postpone the Blue Forum & Fair.”

The Party will be refunding ticket-buyers by the end of the week.