We are a community primarily of immigrants who came here for better opportunities for our families. We understand the importance of investing in education and health care. We have the chance to flip three congressional districts from Republican to Democrat in 2018. Do you want to have a say in who is going to be the Democrat candidate? Make sure your information is updated by July 30th. 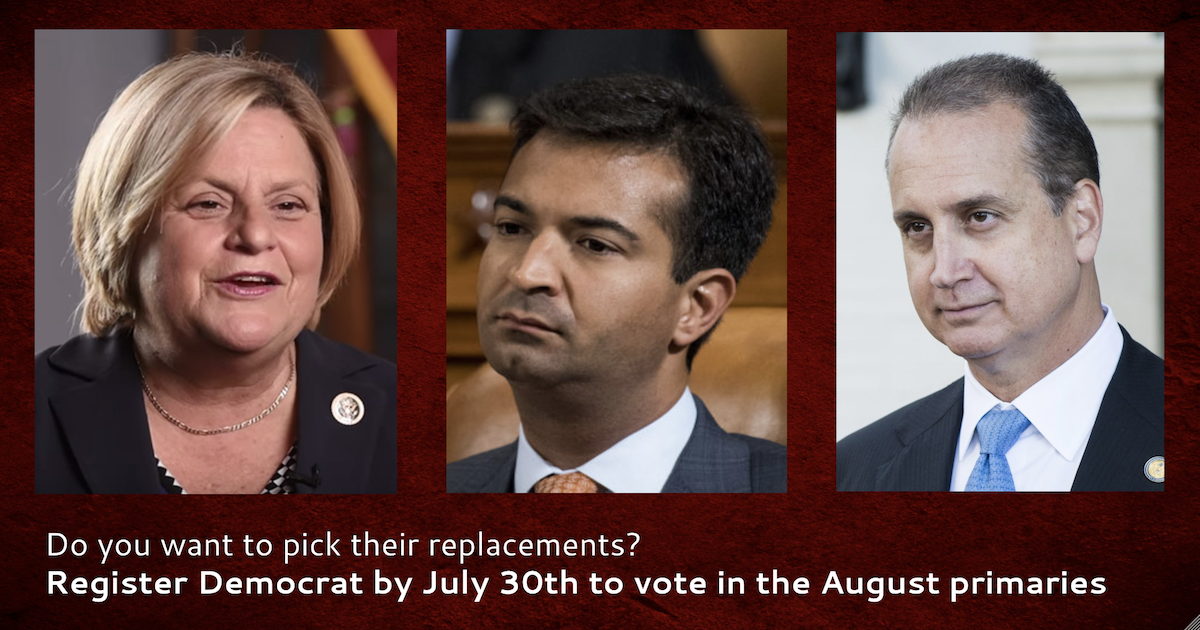 Fewer than 50% of voters in each district voted for Donald Trump in 2016, yet they are represented by Republicans. The elections will ultimately come down to turn out. Please talk about this election and the voter registration deadlines with your friends, colleagues, and neighbors.

You can find out your district here

Visit the Miami-Dade Elections website and check your voter status

Republican Carlos Curbelo has been the representative of this district since 2014, in a district that voted 56% for Hillary Clinton in 2016. Can a Republican really represent the Democrat values of the people in the district? The district includes Kendall, Kendale Lakes, Richmond Heights, West Perrine, Homestead, Florida City, and other parts of southwest unincorporated Miami-Dade, in addition to all of Monroe County.

After 16 years in office, it's time for Mario Diaz-Balart to be replaced. Hillary Clinton had won 48% of the vote in this district in 2016, so it is clearly a swing district. If you are frustrated with how Republicans are leading our government, you have the power to make a major change. The district includes Hialeah, Tamiami, Fountainebleau, Doral, Miami Lakes, in addition to parts of Broward (Pembroke Pines, Miramar) and eastern Collier County.

Democrat candidates:
Mary Barzee Flores
Other candidates have withdrawn from the election

Note: Even though Mary Barzee Flores is now running unopposed in the CD-25 primary election, please be sure to check your voting information to vote in the primary for Democrat Governor candidate for Florida, county commissioner, and other primaries.