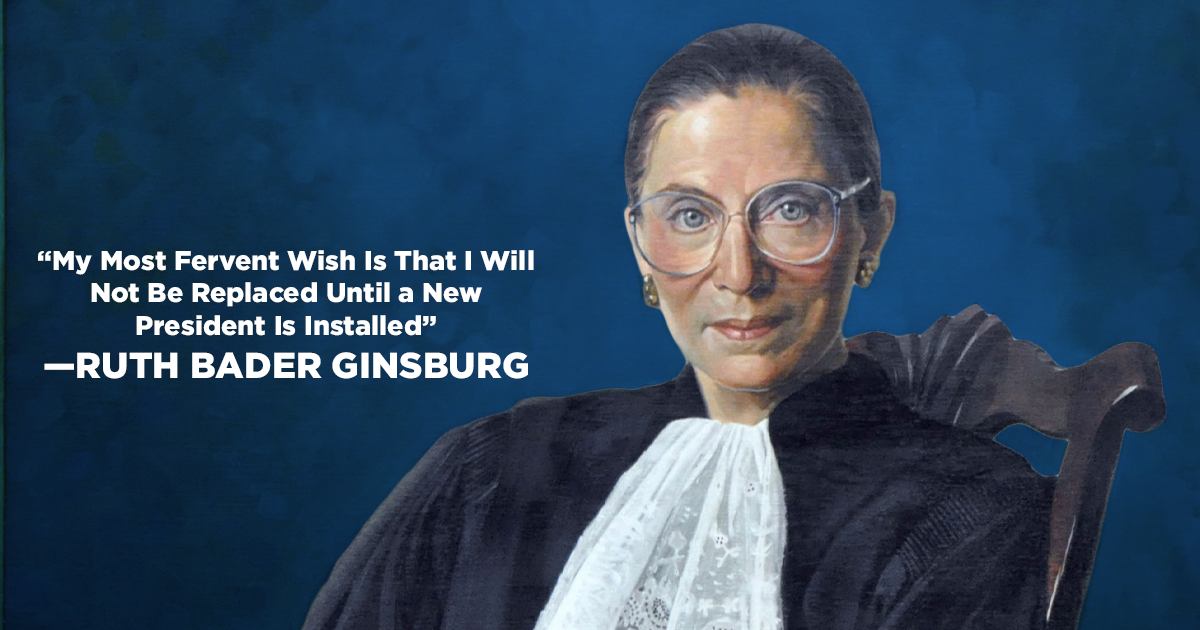 Ruth Bader Ginsburg's dying wish was that her Supreme Court seat not be filled until a new president was installed. She was a champion for gender equality, among other issues rooted in fairness and justice for all. With less than 50 days until the election and voting already underway in many states, it's important that we demand our senators, Marco Rubio and Rick Scott, pledge not to move forward with any nominee until after the next inauguration.

We already know where Marco Rubio stands on this, as he is on the record stating his position on filling Supreme Court seats during a presidential election.

Sen. Marco Rubio (R-Fla.): “I don’t think we should be moving on a nominee in the last year of this president’s term — I would say that if it was a Republican president .” (source)

Sen. Rick Scott (R-Fla), on the other hand, released a statement two hours after her death was announced, saying he wanted a quick confirmation vote.

Why is this important?

Every senator from across the political spectrum must acknowledge the danger posed by rushing to fill Ruth Bader Ginsburg's seat so close to an election.

We all remember how Mitch McConnell's blocked President Obama's nomination of Merrick Garland 237 days before the 2016 election. The 2020 election has already started—with vote-by-mail ballots scheduled to arrive in mailboxes in Miami-Dade in just two weeks—and it would be a truly inexcusable act of hypocrisy and injustice for Trump and Senate Republicans to move any nomination forward.

Ruth Bader Ginsburg spent her life protecting women's rights and advancing justice for those disenfranchised by the political establishment.

Trump—who lost the popular vote by millions—must not be allowed to further demolish the American judiciary.

We must honor Ruth Bader Ginsburg's legacy and hold our two Republican senators accountable to the most basic standards of fairness by demanding they not move any new nomination forward for the lifetime appointment to the highest court in the nation until every vote is counted and the inauguration is complete.

The November election is just around the corner. Make sure you're registered to vote, and sign up for your Vote-By-Mail ballot here. Check out virtual events where you can contribute your time to helping Democrats win