The Miami-Dade Democratic Party has endorsed Eleazar Melendez for City of Miami Commissioner in District 1. 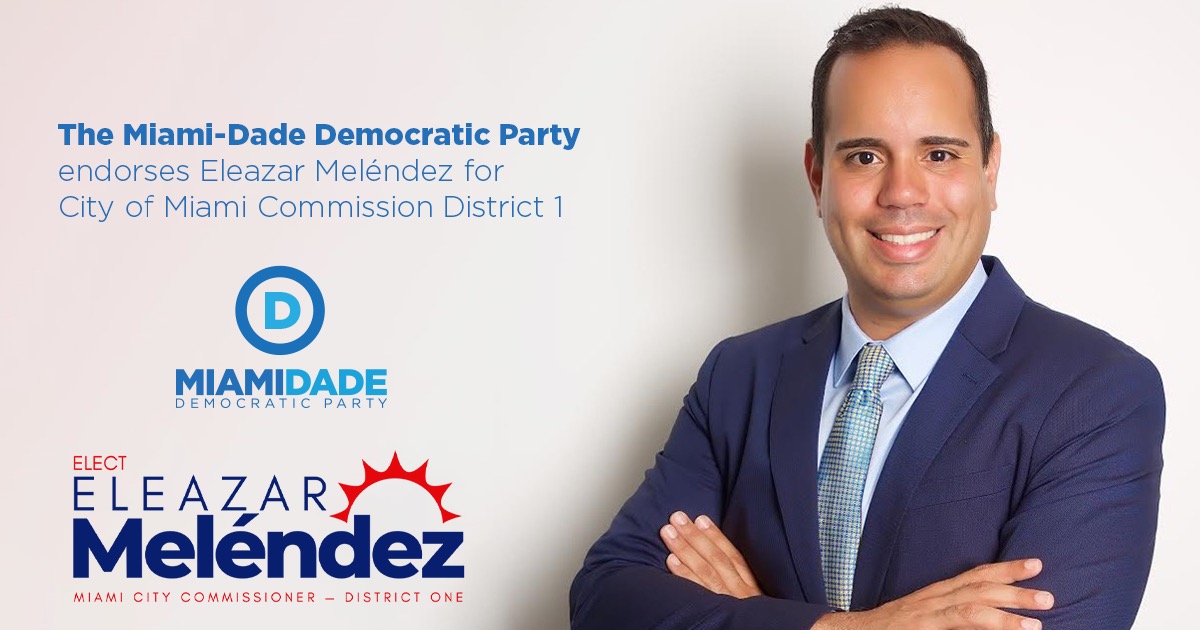 Eleazar Melendez is a former business journalist, commissioner chief of staff, Democratic Party political director, and Bill Nelson for Senate re-election campaign staffer. He has a deep history of involvement in the community, and has already knocked on thousands of doors. Melendez has earned the endorsement of several progressive organizations due to his strong commitment to the passage of community-centered policies for residents of Miami District 1. If elected, the City of Miami will see Melendez continue his stalwart work to improve life for District 1 residents and all Miamians, including on matters such as climate resiliency, a living wage, and affordable housing. The Democratic Party is excited to support Eleazar and help create a 3-2 Democratic majority on the City of Miami Commission.

“In the midst of a climate and housing affordability crises it is more important than ever to support candidates that will champion the values of the people and not special interest groups”, said Miami-Dade Democratic Party Chair Steve Simeonidis. “Eleazar has a proven track record of working to fix the issues that impact our city and I’m excited work with him and continue to drive progressive change in the City of Miami.”

The endorsement process for the City of Miami District 1 originated with an invitation to all registered Democrats in both races to send materials for consideration. The materials submitted highlighted the candidates’ personal backgrounds, experience, and their views on key issues of concern to Democratic Party members, including affordable housing, public transit, and a living wage. A panel of Democratic Party leaders, facilitated by Executive Director Aaron Bos-Lun, then interviewed all candidates, and referred their recommendations to the Democratic Party Steering Committee. These recommendations were in turn approved and referred to the larger Democratic Executive Committee, which voted to support Mr. Melendez.