Numerous signatures from the Miami-Dade DEC (Democratic Executive Committee) were given in support of this letter at our June 12th meeting. The letter with signatures are being sent to the DNC (Democratic National Committee)

We, the undersigned leaders of the Miami-Dade Democratic Party, are disappointed in your recent endorsement of Andrew Cuomo in a high profile competitive primary contest. We request that you avoid any attempt to influence primary contests in Florida and would welcome a public statement to that effect. We believe impartiality is a fundamental Democratic value and is necessary to maintain our membership and rebuild the trust and allegiance of the many potential Democrats who currently sit on the sidelines.

We also want to emphasize our local Party's commitment to conduct our Party primary elections in a scrupulously impartial way, as expressed in the DNC Bylaws and made more extensive in the additions suggested by the Unity Reform Commission. The Miami Dade Democratic Party believes that voters alone should decide who the Party's nominee should be. 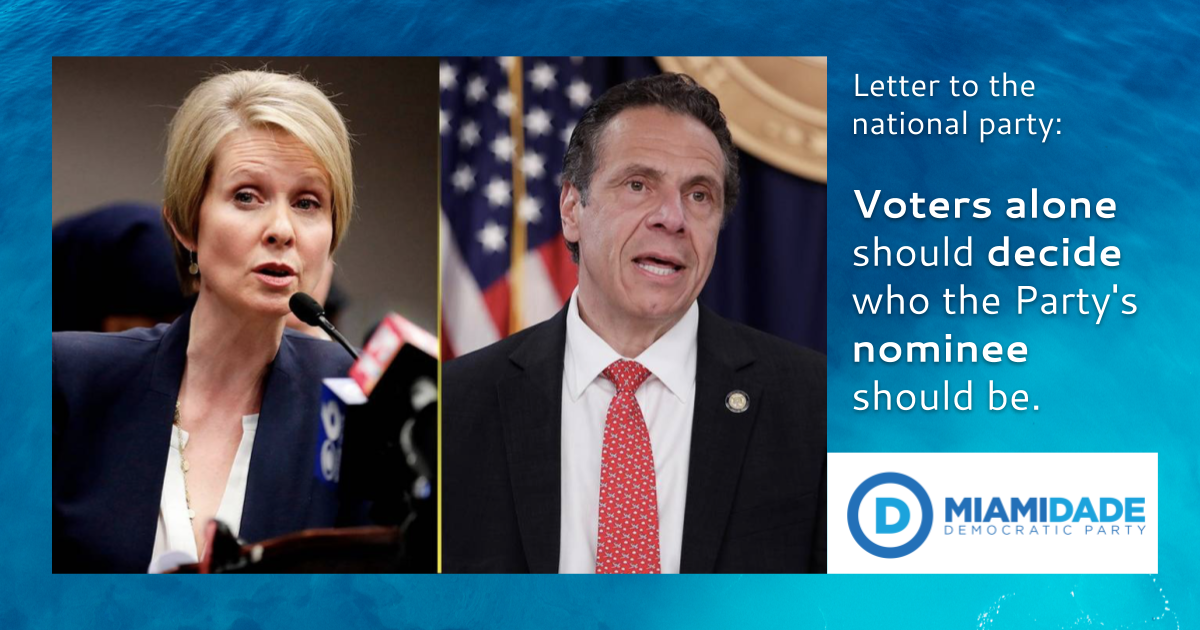