Charlie Crist to Speak at the Miami-Dade Democratic Party Blue Gala on Sept. 9 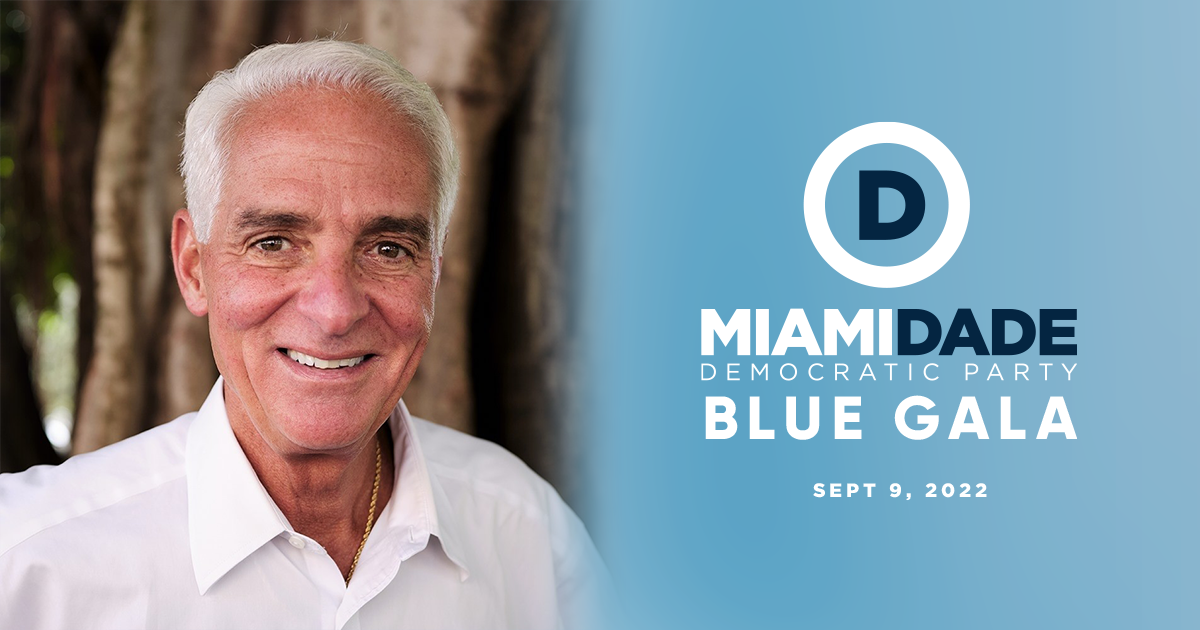 Robert Dempster, Chair of the Miami-Dade Democratic Party stated: “Charlie Crist is not just our best chance to win back the Governor’s Mansion in 2022, he is our best hope of stopping a Ron DeSantis presidential campaign before it begins. We know that Charlie Crist and Karla Hernández will fight for every vote in Miami-Dade County, and we are determined to support them every step of the way.”

Charlie Crist, Democratic Nominee for Governor of Florida stated: “Under Governor DeSantis, Miami-Dade, like much of Florida, is facing an affordability crisis. Yet, we have a governor who doesn’t care. He’d rather inflame culture wars, attack a woman’s right to choose, and take away our freedoms than address the real issues impacting everyday Floridians. That’s why this November, Floridians across the state will rally together to defeat Ron DeSantis — and build a Florida that truly works for everyone, not just the wealthy and connected.”

The Miami-Dade Democratic Party’s annual Blue Gala celebrates the achievements of our local Democrats and serves to raise funds and gather energy ahead of the crucial 2022 midterm elections. Miami-Dade County Commissioner Eileen Higgins (District 5) and State Senator Shevrin Jones (SD-35), two of our most popular local elected officials, will co-chair the event, which will include a long list of speakers and attendees to be announced in the coming days.

The Blue Gala, including cocktails, dinner and a “Blue Bash” after party, takes place in the Miami Beach Convention Center on September 9 from 6 p.m. to midnight, and costs $350 per ticket.  Admission to the “Blue Bash” only costs $75/person.

For more information about the program, tickets and sponsorship, please visit https://www.miamidadedems.org/bluegala2022.